Considering our experiences with Ethiopian, one could expect we would have been happy to leave the country. The contrary is the case. Back in Addis Ababa, we even regret not to have more days there. Our great couchsurfing host Ahmed turned out to be such an interesting person that we would have loved to spend more time with him, listening to and learning from his stories. He actually is from Yemen, but grew up in Quebec in Canada. After finishing his studies, he managed to make his jobs follow his way of life – and not the other way round. Working for NGOs, development or environmental companies or foundations, among others he has lived in Brazil, France, Israel, Gaza, Sudan, Djibouti, Somalia and currently is in Ethiopia. He had so many things to tell about the experiences he made from all over the world, and even better he was still really down-to-earth and interested. We enjoyed the short but great time we spent together, are very thankful about his awesome hospitality and definitely hope to meet him again – wherever it may be.

Before seeing the “real” Tanzania, our next destination was Zanzibar, island famous for its paradise-like beaches, birth-place of Freddy Mercury and also known for its infamous history as center of slave-trade. We had expected Zanzibar to be rather unauthentic and “made” for tourists, but we were positively surprised and in fact are glad to have been here. Of course, there exist expensive beach resorts and the typical souvenir-streets with some touts hanging around. Yet, the island has not given up itself and kept a lot of its authenticity, tradition and charm. The atmosphere in Stonetown was quite relaxed and calm, especially due to ramadan. Nearly 95% are Muslim and Islam plays an important role, influencing the everyday life of the population. During the day, all local restaurants were closed and most inhabitants tried to find some seat in the shadow to have a rest or talk with friends. But in the evening a bit before sunset, it was like the whole town would wake up and prepare for the big event to come. You could smell the freshly cooked food at each corner and feel the anticipation that fasting would be over soon. Also at the main park, street food vendors built up their selling stalls and then started selling some specialties to the tourists. Even if – compared to the remote untouched areas where the locals meet – this place was more touristy with slightly higher prices, the ambience was still nice and enjoyable, mainly because here the tourists seem to be keen on having a local experience and mixing up with Zanzibar’s people.

The island itself was once colonized by Oman and you can see many architectural relics from this time, for instance with Arabic looking-like windows or the fort’s ruins along the coastline. They constructed this whole infrastructure for one of the most important slave-trade location of the 18th century. Hearing from the horrible treatment of slaves can already be tough, but seeing the former narrow chambers and market areas really makes you feel the suffocating oppression. You actually realize the inhuman conditions from which the slaves had to suffer, treated like animals. Coming from Congo, after a long exhausting journey through Tanzania they were first kept with 75 other during one week in a 1.70 meters low and 25 square meters small room in order to test their endurance. Those having survived were then brought to the market, where they were beaten up to demonstrate their strength. If they survived, they were considered to be good merchandise and could be sold to some rich Arab, who would let them being castrated to prevent them from having mixed children. Mixed children existed indeed, but then the father was Arab and the mother a black slave.

Despite this quite hard impressions from the past, Zanzibar was worth a visit. After the cheaters and overcharged prices from Ethiopia, it was agreeable to simply have a normal, laid-back contact. Of course, the island is quite expensive, but at least, they don’t try to now get the BIG money out of you. We talked with some young students who just wanted to improve their English, we were helped by a friendly man when we bought a SIM-card, and at our Guest-House they were kind enough to let us already check-in at 4:30 early in the morning, charging one night only. Finally, the next day, we took the fast ferry to Dar Es Salaam, first destination on Mainland-Tanzania.

Dar Es Salaam is kind of weird to describe. It looks like a huge wide African village at the coast, where modern skyscrapers and overcrowded streets with long traffic jams have been planted into. According to our couchsurfing host Leonard, it is super fast growing and lots of investments take place here, so once again we felt the dynamic pulse of African cities. Leonard was also a helpful support for organizing our journey through the country and went with us almost a whole day to buy bus and train tickets. Besides this, it was interesting to have conversations with him since he has lived in Switzerland during a couple of years and can compare both worlds. His experiences were enriching our horizon and we spent a great and funny time at his home. Moreover, we will keep Dar Es Salaam in good memory. People were friendly and helped us finding our way without ever having a financial reason in mind. They enjoyed taking five minutes of their time to exchange some ideas with us and smiled or laughed often. We spent a morning at the fish market and experienced real everyday life. And in order to relax before the long bus journey to Kigoma, we stayed one day relaxing at an abandoned and idyllic beach.

One important but planned event occurred here: Steffen’s girlfriend Eli arrived and will join us during the remaining four weeks through Tanzania and Zambia. After having travelled almost seven months together, both of us are happy about her presence which definitely will break up some routine and we are looking forward to having an exciting time with her. 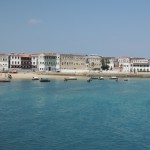 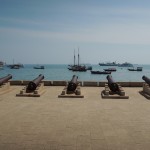 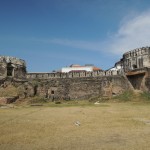 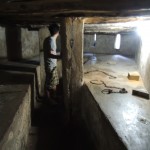 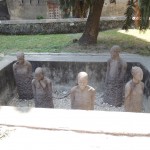 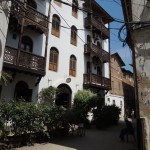 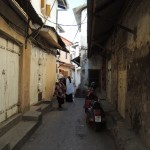 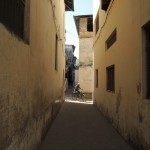 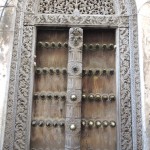 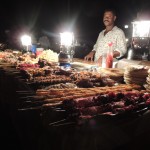 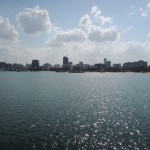 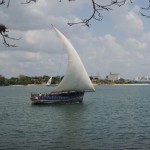 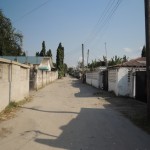 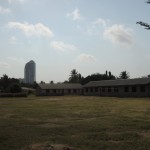 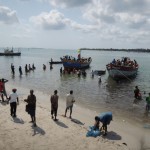 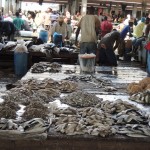 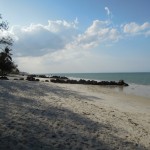 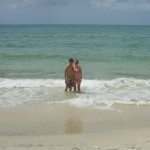 2 thoughts on “Ramadan in Zanzibar”