In the previous post we had already announced to have a looong bus ride to Kigoma ahead. And we were not to be disappointed, the journey was exactly as adventurous as it should be when you go to the place where Stanley met Livingstone. We had to be at the bus station at 5:30 in the morning, where the bus would leave at 6. This was approximately the time when nearly every other bus at the terminal left. But ours took time until 7 to appear. Then we needed an hour to embark because passengers had too much luggage with them and it was total chaos. Each thing they do here you have the feeling they do it for the first time. Eventually we started our 1500 km trip.

We lost one hour in the traffic jams around Dar Es Salaam, another 30 minutes at several police check points and the same amount of time at various bus stations on the way, where they were forced by law to make pretty senseless halts. Yet the best was still to come: Around midday, not more than 200 km away from Dar, the bus had a breakdown. We waited and waited and were quite surprised that after another hour they managed to repair it. We were supposed to arrive in Kahama at 5 in the afternoon to spend the night there and avoid a night ride. We estimated how delayed we actually would arrive but all guesses were much too optimistic – we reached Kahama at 1:30 in the night, after some horrible hours for Eli (who otherwise proved to be very brave). The next bus would go at 5:30 and all hotels were closed, so we slept on the dusty ground directly at the bus station, in the cold and with the music of the adjacent “Chipsi Mayai” restaurant.

Contrasting what they had promised us, we could not stay in the bus but had to change it. The new bus drove for the company “Adventure Connections” which proved to be a damn good, fitting name. At least, the bus left on time, which enabled us to spend more hours waiting in some dusty villages in the middle of nowhere. Yes, also this bus had a breakdown after only 3 hours. They drove to a small blacksmith’s cabin where they tried and repaired the vehicle, using an archaic fire which was fanned by some device made of an old bicycle. After one and a half hour we continued – for 20 minutes. We then slowed down to walking pace to reach a little village where the bus would end its journey. Of course, everyone assured us that it was no problem and that the bus would start in some minutes, that a taxi from the other town was already on the way, that buses from Lake Victoria would pass, that the taxis would arrive now in just one minute and that we did not have to enter a passing bus. Patiently we waited for something to happen and then they asked us why we had not entered that passing bus and whoever told us that some taxis were on the way.

Thanks to Halid, an English-speaking Tanzanian from Kigoma, we had at least an idea what was going on. In general, people here were really relaxed and did not worry at all, which is nice for the atmosphere, but a bit problematic if it is your problem they do not worry about. Short, they were never malevolent but not too reliable. Finally, a new bus arrived and we were granted access while our luggage should remain in the broken bus. The plan, or better the suggestion resulting from the absence of any plan was to repair the bus and bring the luggage to Kigoma later. We refused and insisted on getting our luggage and after some discussions succeeded. We entered the new vehicle and had to stand for 3 and a half hours on a shaky dusty road. They were 250 km left for which we needed 5 hours, this may not sound fast but given the road condition, it felt extremely over-paced. After having seen an accident of a different bus, the driver slowed down a bit. And in the end it happened what no one thought would come: we arrived to Kigoma at 6 in the evening.

However, this exhausting trip was really worth the effort, and not only because we experienced the real Africa. Kigoma is located directly at Lake Tanganyika, the longest fresh-water lake in the world. And indeed, the place is marvellous. We spent two days at an idyllic beach beneath palm trees and relaxed. There is literally nothing here, everything existing is a maybe 300 m road in the “center” with some shops and two restaurants. Given that Kigoma is the most important town in western Tanzania, you see how remote, calm and underdeveloped the very rural areas are. Anyway, people are extremely friendly, welcoming and helpful, so we do not just like the beach. You also see many UN Jeeps because Kigoma hosts one of the largest refugees’ camps in Africa, where people mostly from Burundi and DRC flee. This is why I had quite often the opportunity to speak French.

We also visited Ujiji, the place where Henry Morton Stanley famously met Dr David Livingstone in 1871. Actually it was not as hard to find him as it often seems in the story told. At that time, Ujiji was an important center of that region, coming to wealth as starting point of one of the 3 major slaves routes from Congo via Bagamoyo to Zanzibar. It was interesting how popular this incident is even among Africans. Probably that’s because Livingstone was such an important figure in the abolition of slave trade and his travels helped to inform the European public about the cruelties in Africa.

Of course, we cannot finish this entry without celebrating Eli’s heroic act of bravery. We heard that there are also a few crocodiles living at Lake Tanganyika (for example Gustave the Giant Crocodile, see Documentary Video) and with a coastline of approximately 2000 km it is surely guaranteed you will run into one of these greedy predators, especially at the beach in Kigoma. It is well known that crocodiles prefer the busy areas and probably millions of tourist have already died here before. Nevertheless, Eli fought against her terrible fears and after a whole day of reflection, discussion and motivation, she bravely swam 50 m through the bleak water where the clear visibility was not more than 10 m. Against all odds, we safely arrived at the island, enjoyed the time sunbathing and survived even returning back to the beach. Well, everyone has some fears, but it’s always good to overcome them. 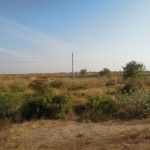 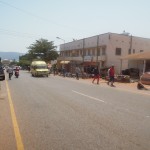 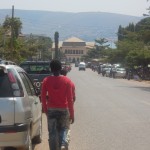 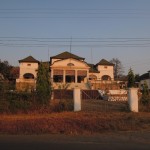 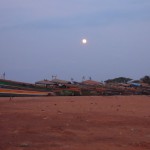 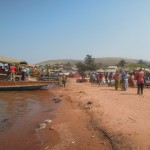 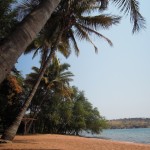 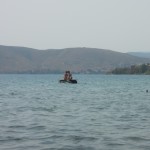 2 thoughts on “To Kigoma with “Adventure Connections””