After approximately 8 months of travels together, the shared world-trip eventually had to find an end. As planned, Steffen (and Eli) have returned home to Germany to continue their studies. We knew that this day was to arrive soon, but time goes by too fast and when we had to say goodbye, it felt a bit unexpected and at least I was not readily prepared for this separation. Now that I am alone and on my own again, I realize what big hole Steffen has left behind him and that I will have to reorientate myself a bit for the upcoming weeks. Travelling alone is a totally distinct but also a very nice and interesting experience, so I am really looking forward to what is still to come.

It is hard to find the words to say how grateful I am for him having had the idea of this journey and for motivating me to join him. His company, his sincerity and his friendship are the best gifts he could have given me. Thousands of adventures and uncountable hours of conversations or reflections on each possible topic will be inked forever in my mind. During the last year, I think that I considerably shaped my personality, I became a lot more open and self-confident, and I developed a more balanced and tolerant attitude – also thanks to his presence.

A special thank you goes to Eli, who arrived at a perfect time, when we already had quite a few routine and practice. Remarkably quickly, she managed to adapt to our rather relaxed and serene way of dealing with any kind of situation. I will never forget how she angrily shouted at and demonstratively walked away from a taxi driver who tried to cheat on us. But she also enabled us to get new and different point of views by breaking up our – admittedly a bit rusty – reasoning. I hope that she had as much fun as we did and that she enjoyed her “holidays” despite our bad and stupid jokes. 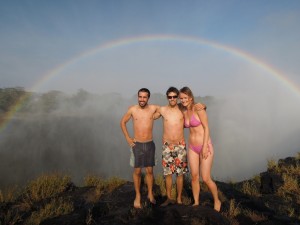 What I wanted and needed to say has been said, so instead of writing many more redundant thoughts or mushy tears-bringing choruses of praise, I prefer to conclude with a famous quotation from an Argentine TV-series. Those knowing the scene will understand how I would like to address them and will be able to bring it in line with the current context:

*** if not working, try disabling any video-related browser-addons like “flashblock” *** 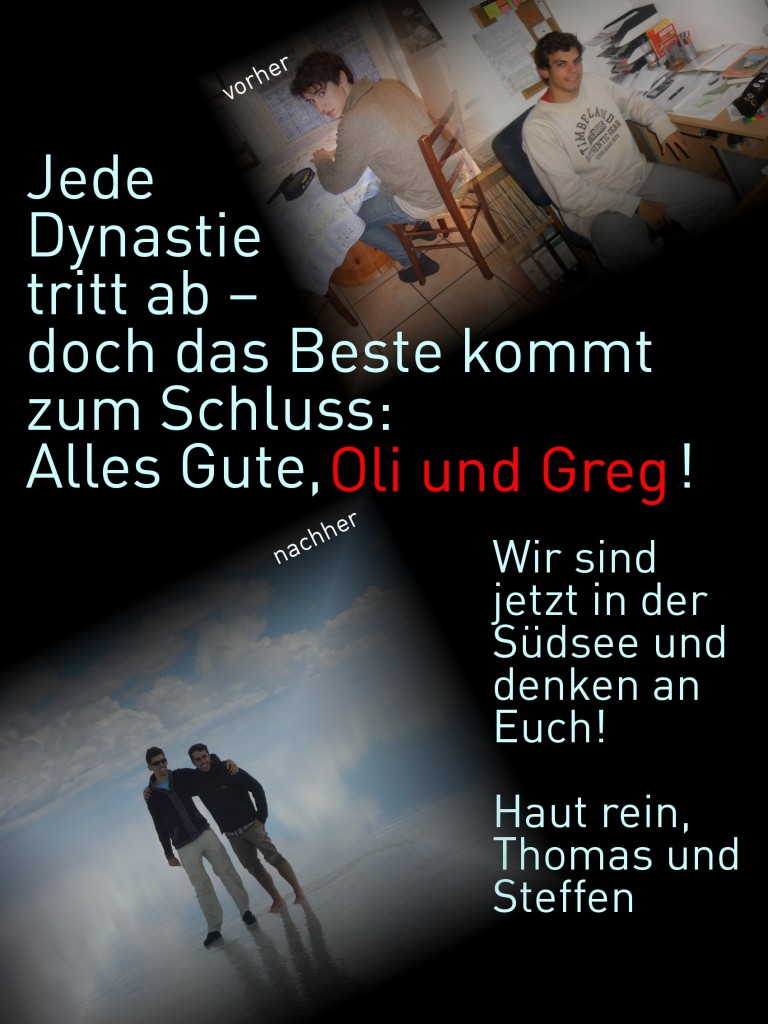 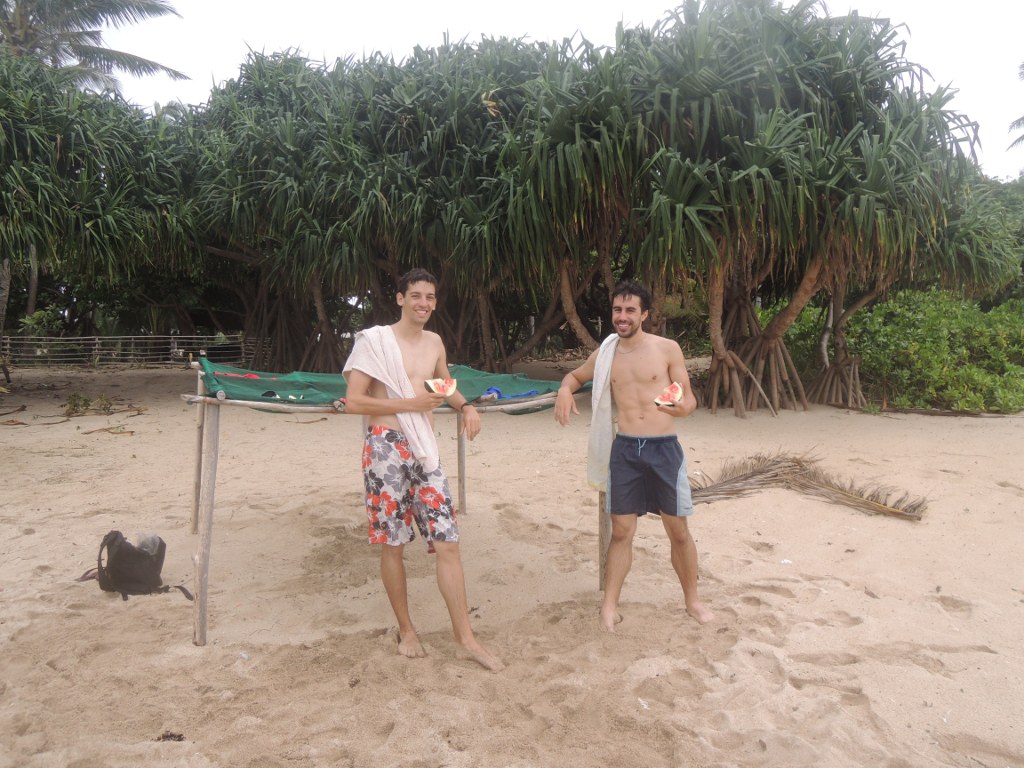